Back in 1976 Britain was in the grip of a gruelling heatwave and drought that lasted for months. 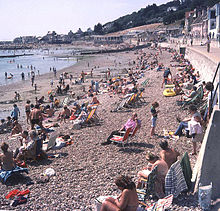 The Friedrichsgracht was a canal that ran though the centre of Berlin. While it still survives in present day Berlin, much of the area has been rebuilt since the Second World War.

The striking composition, dominated by the geometrical precision of the zinc roof in the foreground, is typical of Gaertner’s work.

At TED2014, Curator Chris Anderson spoke to whistleblower Edward Snowden through a telepresence robot. Photo: Ryan Lash In 2006, TED started putting talks online for free, a milestone in democratizing ideas worth spreading. Since then, the world has seen monumental shifts in history, including the rise and fall of revolutions, the roar of a deadly…

Everybody Razzle Dazzle in dry dock

Everybody Razzle Dazzle will see Peter Blake transform Snowdrop – an active Mersey Ferry – with one of his iconic, colourful designs into a fully working Dazzle Ferry.

Step aboard a moving artwork! Travelling on Snowdrop you’ll have the opportunity to learn more about the history of dazzle – a painting technique employed to camouflage British ships – and the role that Liverpool’s much loved Mersey Ferries took in the First World War in a special on-board display.

This new public artwork is the third in the series of Dazzle Ship commissions, following InductionChromatique à Double Fréquence pour l’Edmund Gardner Ship / Liverpool. Paris 2014 by Carlos Cruz-Diez on the Liverpool Waterfront, and Tobias Rehberger’s Dazzle Ship on the River Thames in London.

Use this free resource in and outside the classroom to find out more about dazzle camouflage and the role artists played in the First World War. It features a host of information and exciting interactive activities, covering subjects such as art, history, maths, geography, history, english and science.

As none of O’Keeffe’s paintings are currently held within UK public collections, this is a rare chance to see such a broad variety of the artist’s work. Moreover, this will be the first exhibition of O’Keeffe’s works in the UK in over 20 years. Marking the 100th anniversary of Georgia O’Keeffe’s New York debut, this retrospective presents over 100 of the artist’s works. Spanning six decades of her career, the exhibition charts the developments in O’Keeffe’s practice, from her earliest abstractions through to her late paintings, and explores the recurring themes within her work. The show includes the much celebrated flower painting, Jimson Weed/White Flower No. 1 (1932). Sold at Sotheby’s in 2014 for $44.4 million, the work holds the record for the most expensive painting by a female artist sold at auction.

Although Georgia O’Keeffe is most famous for her flower paintings, these make up only a fraction of her overall works. The exhibition is an opportunity to explore O’Keeffe’s various sources of inspiration and wide range of subject matter.

I hate flowers – I paint them because they’re cheaper than models and they don’t move.
Georgia O’Keeffe in Laurie Lisle, Portrait of an Artist: A Biography of Georgia O’Keeffe, 1981

A recurrent concern within O’Keeffe’s work is the study of nature; drawing from landscapes, leaves, rocks, shells and bones. In 1929, O’Keeffe made the first of many trips to northern New Mexico. Over the next twenty years she made almost annual trips to the area, relocating for up to six months at a time where she would camp out in harsh weather conditions and immerse herself in the landscape.

3. Georgia O’Keeffe is the ‘mother of American modernism’

In 1916 O’Keeffe participated in a group exhibition at ‘291’ gallery, marking her official debut as an artist in New York. She later became part of the ‘Stieglitz circle’, which included early modernists such as Marsden Hartley, John Marin, Paul Strand and Edward Steichen. The abstract charcoal drawings and watercolours on display reveal the early stages of O’Keeffe’s artistic career and her interest in artists including Arthur Wesley Dow and Wassily Kandinsky.

By the mid-1920s O’Keeffe was widely recognised as a founding figure of Americanmodernism and became the first female painter to gain such acclaim alongside her male contemporaries. In 1946, she became the first woman to earn a retrospective at New York’s Museum of Modern Art. Creating innovative artworks, including her distinct flowers, dramatic cityscapes and bold desert-scapes, O’Keeffe’s paintings have become synonymous with the movement, blazing a new trail for later generations.

Men put me down as the best woman painter…I think I’m one of the best painters
Georgia O’Keeffe in Whitney Chadwick, Women, Art, and Society, 1990

In 1924 O’Keeffe married the photographer and gallerist Alfred Stieglitz (1864-1946), the man behind her first exhibition and many subsequent ones. When the pair met he was well-established; she was unknown and 24 years his junior. Their marriage was an enduring one, they wrote over 25,000 pages of letters to each other.

I like being first – if I’m noticed at all – that’s why I get on with Stieglitz – with him I feel first – and when he is around – and there are others – he is the centre and I don’t count at all.
Georgia O’Keeffe, Letter To Henry McBride, 1923

Stieglitz and O’Keeffe’s relationship greatly impacted their careers and resulted in a mutual exchange of artistic influence. The exhibition includes a series of Stieglitz’s portraits and nudes of O’Keeffe, cityscapes that parallel her own and examples of his series of cloud studies called Equivalents, as well as works by key members of the avant-garde circle around Stieglitz. Not only do these works reveal the couple’s creative partnership, but they also reveal O’Keeffe simultaneously as a muse and a collaborator in Stieglitz’s work.

5. Discover the influence of modernist photography

O’Keeffe paid close attention to photography from her first introduction to Alfred Stieglitz and later meeting with members of his circle, such as Paul Strand, in 1917. She understood its importance as an art form equal to or sometimes surpassing painting – a radical view at the time.

I am at present prejudiced in favour of photography…I feel that some of the photography being done in America today is more living, more vital, than the painting and I know that there are painters who agree with me.
Georgia O’Keeffe, MSS. no.4, December 1922

The impact of modernist photography can be seen within O’Keeffe’s representations of flowers. For example, in Jimson Weed/White Flower No. 1(1932), parallels can be drawn between modernist photography and the artist’s use of magnification and cropping. O’Keeffe uses such techniques to explore her interest in abstracting the natural form.

During her later career, O’Keeffe sought to capture what she described as ‘the wideness and wonder of the world as I live in it’ (Georgia O’Keeffe in Charles Eldredge, Georgia O’Keeffe: American and Modern, 1993). This led her to explore the landscape of the United States, in particular the Southwest. She often travelled with photographer and close friend Ansel Adams, who became well-known for his images of the American landscape, examples of which are also included in the exhibition.

Billionaire investor George Soros has warned that Britain’s vote to leave the European Union makes the disintegration of the bloc “practically irreversible”.

However, he called for thorough reconstruction of the EU in an attempt to save it.

Before Thursday’s UK referendum, Mr Soros had warned of financial meltdown if Britain voted to leave.

In his latest comments, he said the effects of the decision would damage Britain.

“Britain eventually may or may not be relatively better off than other countries by leaving the EU, but its economy and people stand to suffer significantly in the short- to medium term,” he wrote on the Project Syndicate website.

Mr Soros made huge profits in 1992’s “Black Wednesday” by betting against the British pound as it crashed out of the European Exchange Rate Mechanism.

Before Friday’s vote he warned of a similar meltdown, predicting a Brexit victory would send the pound down by 15-20%. In the event, sterling fell about 10% to a 31-year low.

“Now the catastrophic scenario that many feared has materialised, making the disintegration of the EU practically irreversible,” wrote Mr Soros in his latest article.

“The financial markets worldwide are likely to remain in turmoil as the long, complicated process of political and economic divorce from the EU is negotiated.”

He said the consequences for the economy would be comparable to the financial crisis of 2007-2008.

“After Brexit, all of us who believe in the values and principles that the EU was designed to uphold must band together to save it by thoroughly reconstructing it,” he wrote.

“I am convinced that as the consequences of Brexit unfold in the weeks and months ahead, more and more people will join us.”

The European Union will not hold informal talks with the UK until it triggers Article 50 to leave, Germany, France and Italy have insisted.

The leaders called for a “new impulse” to strengthen the EU.

Last Thursday, British citizens voted 52-48 in favour of leaving the EU in a historic referendum.

Together with the UK, Germany, France and Italy have the largest economies in the EU.

Two ratings agencies, S&P and Fitch, downgraded the UK on Monday. A rating downgrade can affect how much it costs governments to borrow money in the international financial markets.

What did they say in Berlin?

All three leaders voiced regret at the UK’s vote to leave, with Mrs Merkel calling it a “very painful and regrettable decision”.

“We are in agreement that Article 50 of the European treaties is very clear – a member state that wishes to leave the European Union has to notify the European Council,” Mrs Merkel told the joint news conference at the German chancellery.

“There can’t be any further steps until that has happened. Only then will the European Council issue guidelines under which an exit will be negotiated.

“That means that, and we agree on this point, there will be neither informal nor formal talks on a British exit until the European Council has received the [UK’s] request for an exit from the European Union.”

President Hollande and Prime Minister Renzi emphasised the need to process the UK’s exit as quickly as possible and focus on the challenges facing the remaining 27 states such as fighting terrorism and strengthening the borders.

“Our responsibility is not to lose time in dealing with the question of the UK’s exit and the new questions for the 27,” Mr Hollande said. “There is nothing worse than uncertainty.”

“On the one hand we are sad but it is also the right time to write a new page in European history on what unites us,” said Mr Renzi.

What is the latest from London?

Prime Minister David Cameron confirmed in Parliament the UK was not ready to begin the formal withdrawal process.

“Before we do that we need to determine the kind of relationship we want with the EU,” he said, stressing it would be up to his successor, due to be chosen by the autumn, to invoke Article 50.

Earlier, Chancellor George Osborne issued a statement to try to calm markets, saying the UK was ready to face the future “from a position of strength”.

But billions more dollars were wiped off the value of shares in Europe and on Wall Street as a result of market uncertainty.

The Brexit political fallout continued to divide the opposition Labour Party, whose leader Jeremy Corbyn was told by his deputy, Tom Watson, that he faced a leadership challenge because of his handling of the party’s campaign to stay in the EU.

Brexit: A busy week ahead

Tuesday: Extraordinary European Parliament session in Brussels on Brexit vote 10:00-12:00 (08:00-10:00 GMT), including speeches by Mr Tusk, European Commission President Jean-Claude Juncker and party leaders, probably including UKIP’s Nigel Farage. There is also an EU summit (European Council) in Brussels, at which David Cameron will brief the other EU leaders over dinner, from 19:45 (17:45 GMT), explaining the political fallout in the UK

Wednesday: Second day of EU summit will feature breakfast talks between 27 leaders – Mr Cameron not attending. Talks focus on UK’s “divorce process” as stipulated by Article 50, and Mr Tusk will “launch a wider reflection on the future of the EU”; press conferences in afternoon.